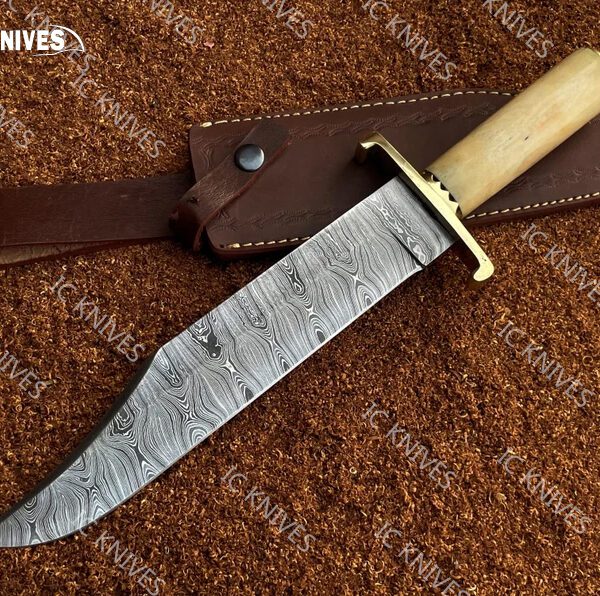 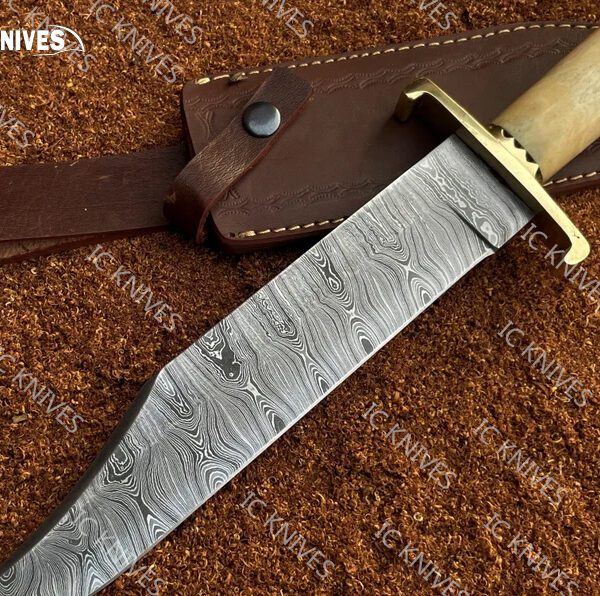 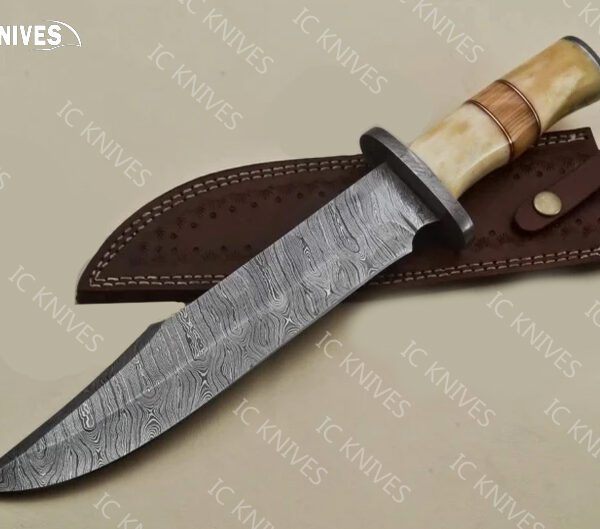 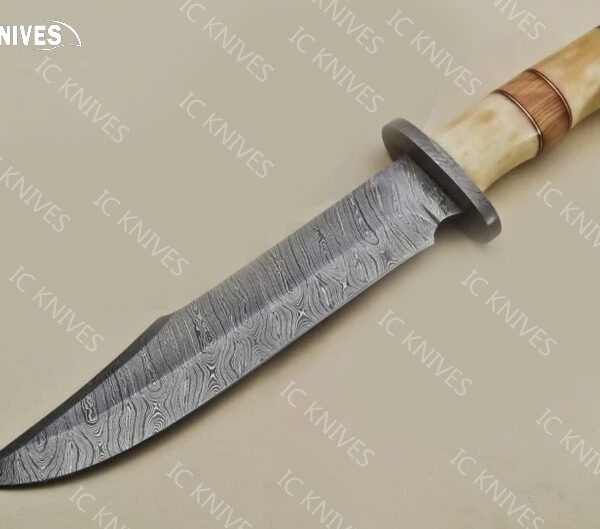 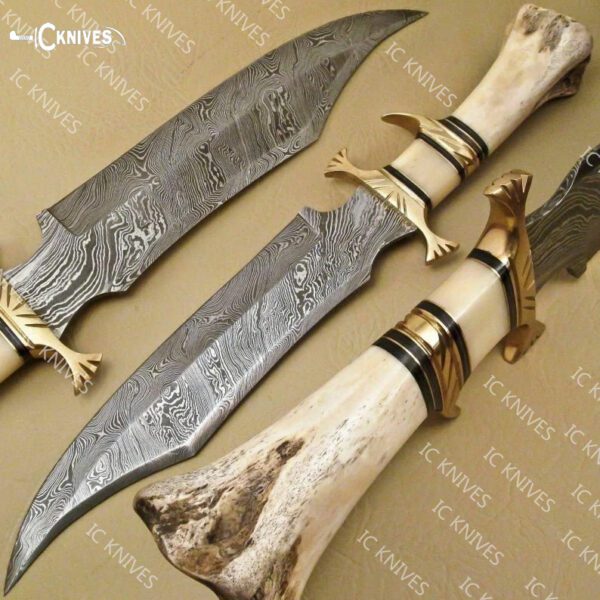 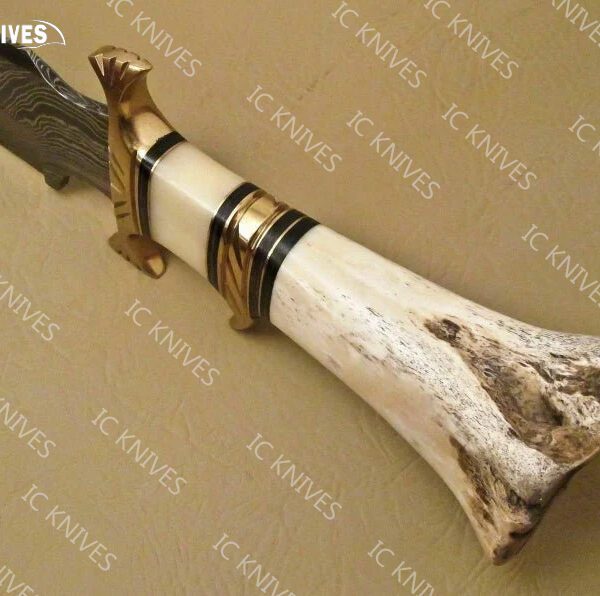 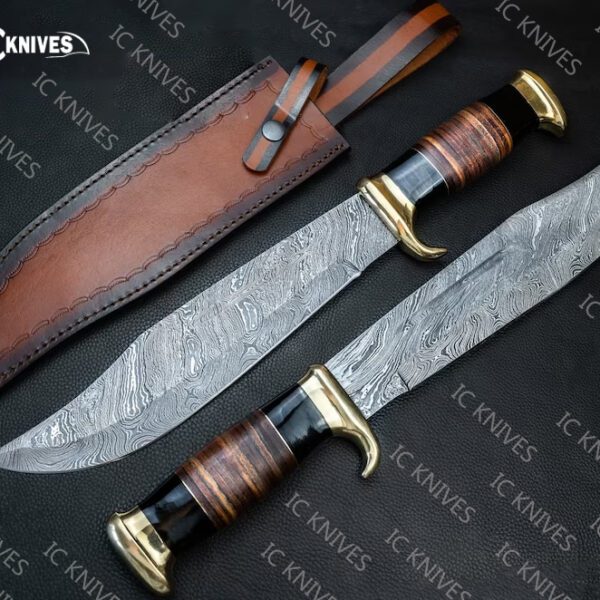 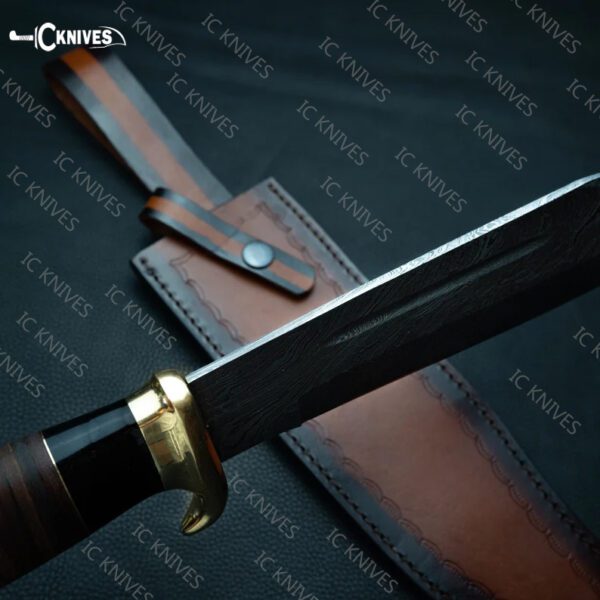 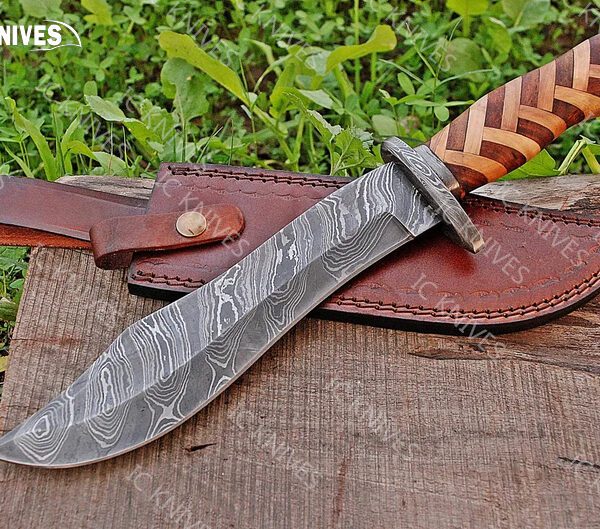 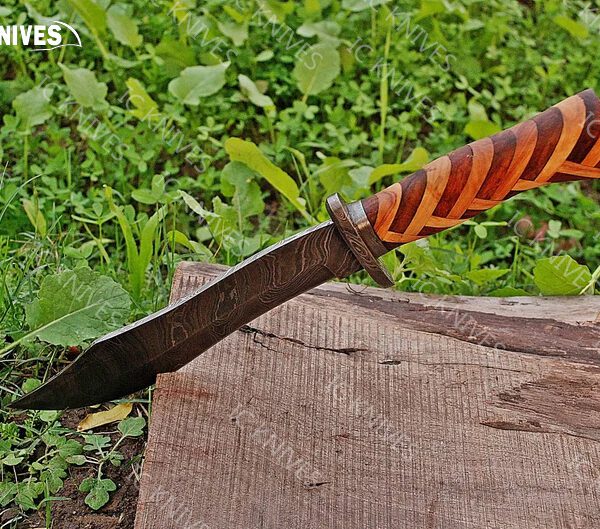 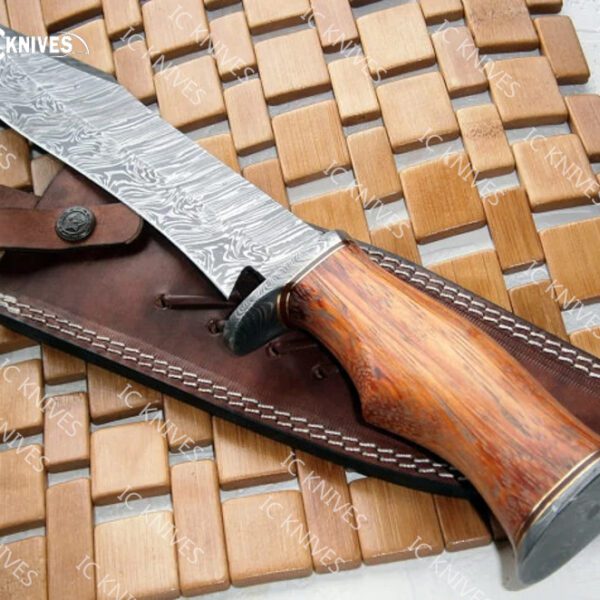 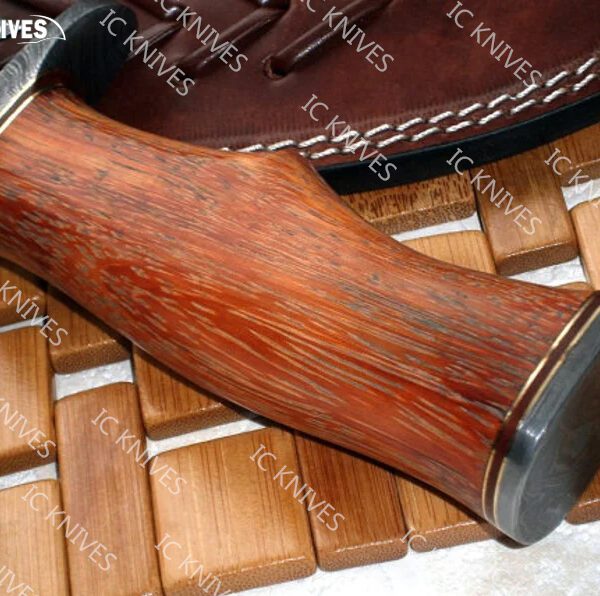 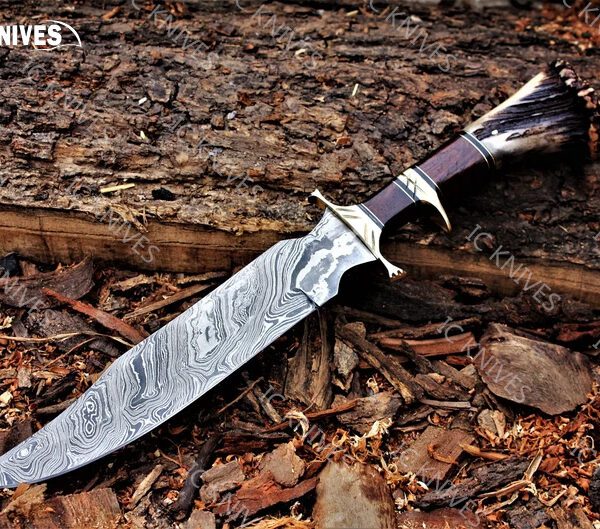 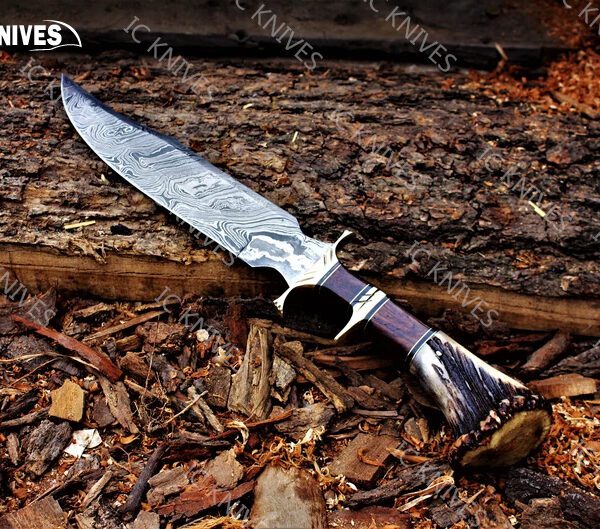 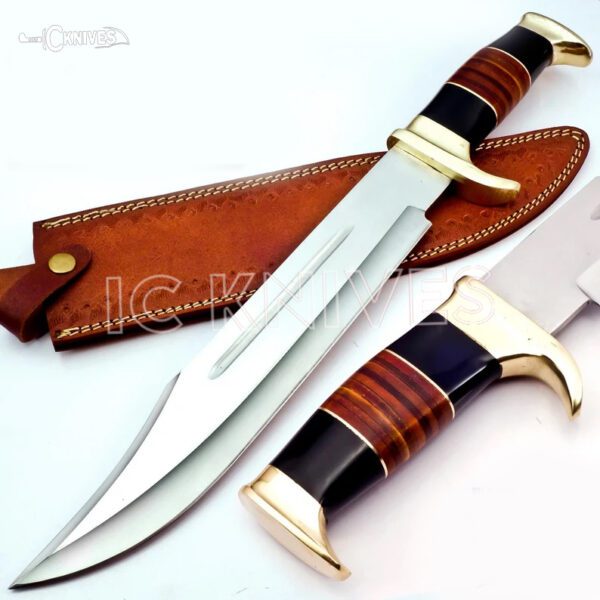 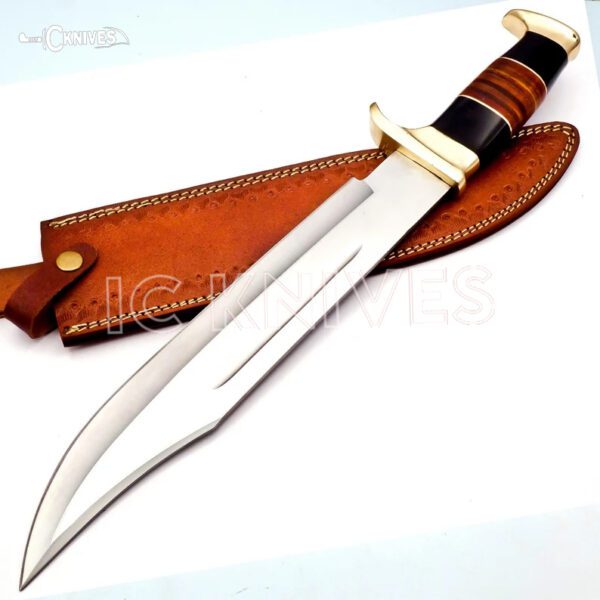 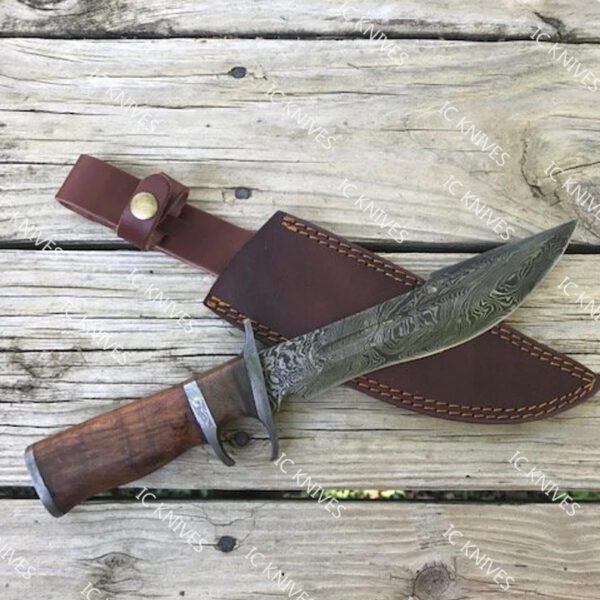 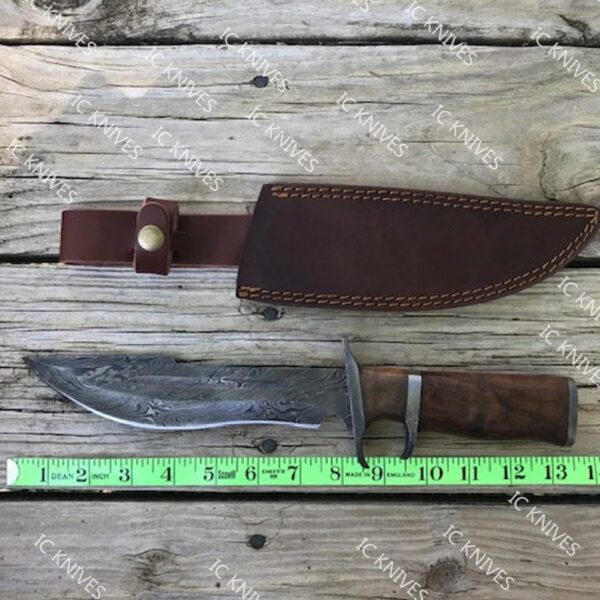 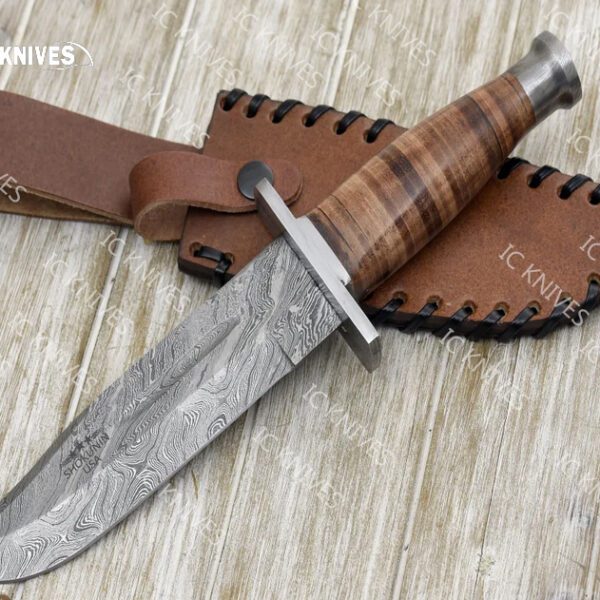 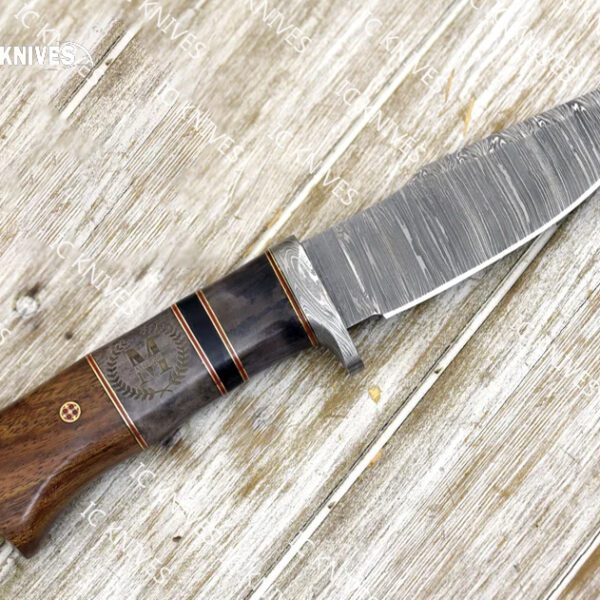 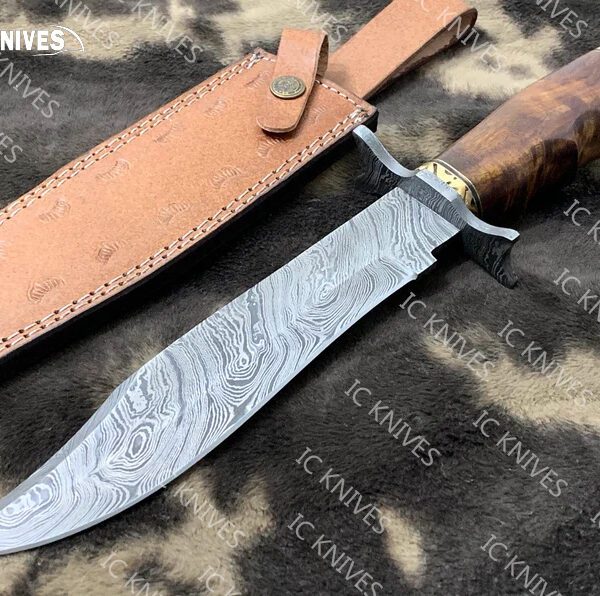 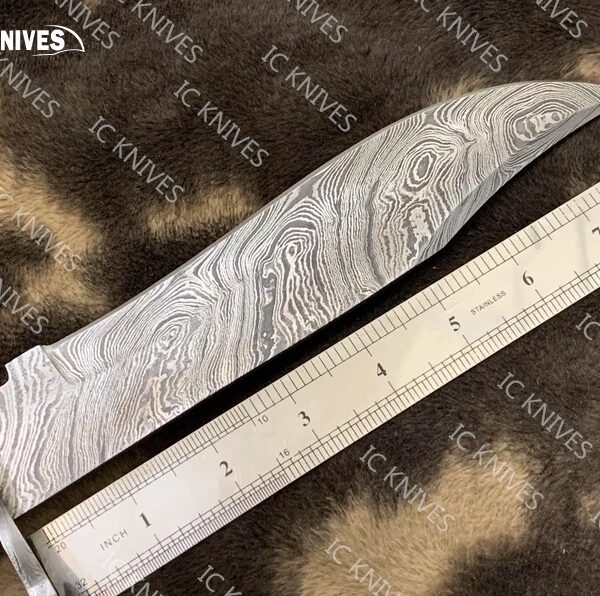 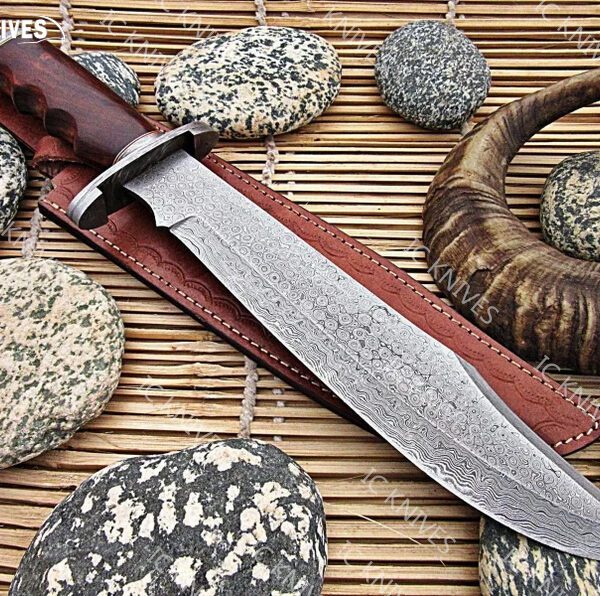 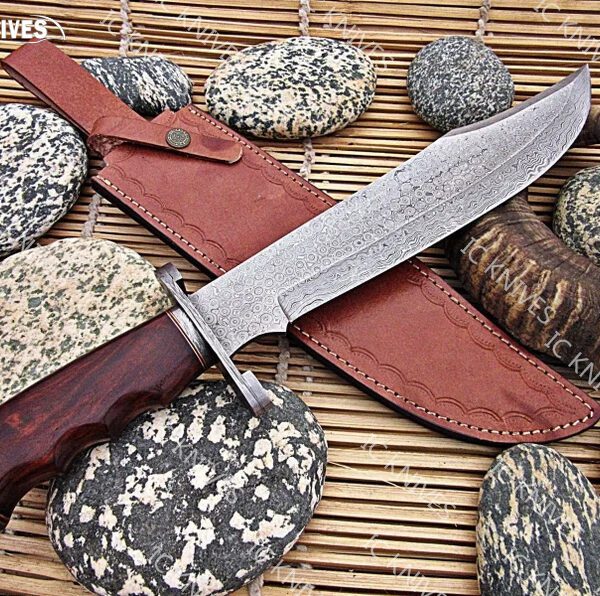 History of the Bowie Knife.

The widely used Bowie knife can be used as a broadsword for hunting, fighting, and working. The American Colonel James “Jim” Bowie (1796 – 1836) was the name of this world-famous knife.

During the American Civil War, countless soldiers carried their “Bowie Knives” with them. This utility knife later became very popular among buffalo hunters and cowboys. Many of the greats of the Wild West, such as gunner James Butler “Wild Bill” Hickok, also owned a Bowie. Even today, many knife lovers use Bowie knives for outdoor use and a variety of jobs.

The feature is an oval grip with a parrying element and pommel. The blade is made after the well-known click point blade. This bevel on the back is usually blunt, as it only serves to penetrate the material more easily.

The Shape of the Blade and Grip

Length of a Bowie Knife

The most common form of the blade has a length of about 15 cm, although there are also individual models with 30 cm or less. The back is usually provided with individual notches or a layer of soft metal so that the opponent’s knife can be intercepted more easily during a fight. The width of the blade is usually 4 to 5 cm.

Weak Point of the Bowie Knife

The weak point of a classic bowie knife is always between the blade and the handle. Because these are usually only pushed on and connected with epoxy resin adhesive. With very cheap products, you should definitely pay attention to quality, because these can bend and even break when used on the hunted game or in the forest. The knife is not designed for chopping wood, for which it is often used. There are specially made tools for this, such as a hatchet or an ax.

If the Bowie knife is only intended to serve as a collector’s item or decorate the home showcase, then you don’t have to look at the quality here and can enjoy the low price.

With a blade length of 35 cm and a weight of 930g, it is one of the larger Bowie Knives.

The handle is made of synthetic ivory and the Expendables sign is emblazoned on the right side of the handle.

The curved shape of the parrying element serves as hand protection and is intended to make it easier to intercept opposing knives.